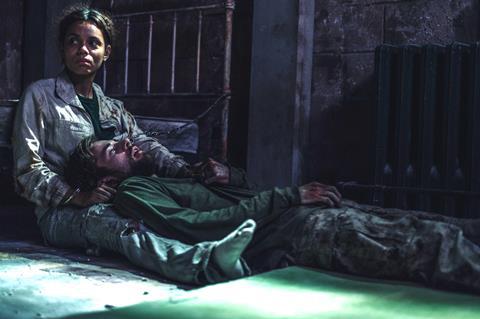 The story centres on Kat Young, an ambitious reporter stationed in the Middle East who is taken captive after her convoy is ambushed.

Kat is confronted by the trauma of her past and must find a way to bring down the militants who incarcerated her. Campbell (Murdered By My Boyfriend, Black Mirror) stars alongside Luke Benward and Mido Hamada.

Stokes said, “I am thrilled that Visit is sharing Wildcat with international buyers at the Cannes virtual market. I cannot wait for audiences to experience Georgina Campbell’s heart-stopping performance – I believe she is one of the great actresses of her generation.”