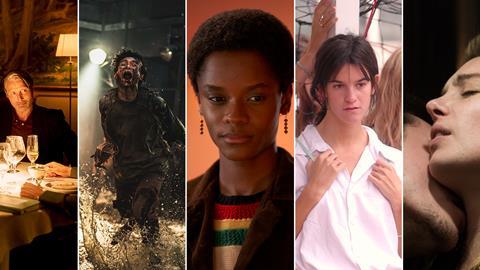 The lowdown on all the Cannes 2020 Official Selection titles

With the physical version of this year’s Cannes Film Festival cancelled, delegate general Thierry Frémaux and president Pierre Lescure announced at a press conference on June 3 the 56 titles selected for a special Cannes 2020 label - still dubbed the Official Selection.

Frémaux said the expectation was that Cannes 2020 label films would premiere at festivals that can go ahead in autumn and early 2021 with “the active support of Cannes and its teams”, and confirmed they will be accepted in the competition sections at San Sebastian and Toronto. It is believed that Venice has decided to not accept films selected for the Cannes 2020 label.

The titles are not divided up into the usual categories of Competition, Un Certain Regard, Out of Competition, Midnight Screenings or Special Screenings. But Fremaux did give the selection a structure by announcing them in the following categories: “The Faithful” (directors whose films have screened in Official Selection at least once), the newcomers (experienced directors in Official Selection for the first time), feature debuts, animated films, French comedies, documentaries and one omnibus film.

According to the festival, a record 2,067 features were submitted this year, compared to 1,845 from 2019. This year’s selection includes 13 films directed by women and 21 films from France.

Here’s the lowdown on all the titles selected for this year’s Cannes 2020 special label. They are divided up by Fremaux’s categories, and we’ll update the profiles with each film’s eventual festival premiere and/or first release dates as these become known.