Upcoming superhero film had three times more social media buzz than Zootropolis in the past week. 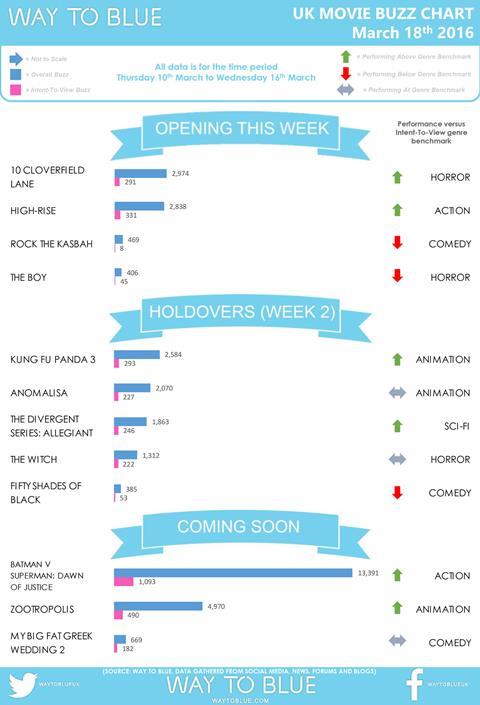 The film, which stars Ben Affleck and Henry Cavill as clashing heroes, racked up 13,391 comments across social media, news, forums and blogs. However, only 1,093 of those comments included an intent to see the film.

Out of the films released this weekend, JJ Abrams-produced 10 Cloverfield Lane topped the chart with 2,974 mentions.

Kung Fu Panda 3 was the most buzzed about holdover, with 2,584 mentions.