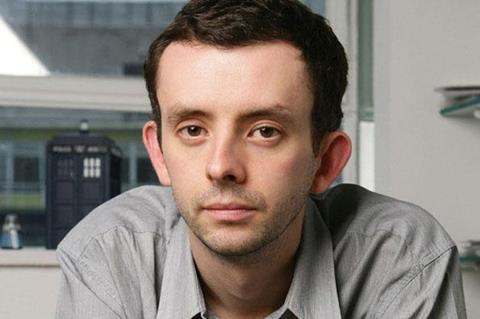 Screen’s sister publication Broadcast revealed in February that Stephenson was in talks with the Los Angeles-based company.

His move ends a 10-year association with the BBC.

A date for his departure is yet to be confirmed, although he is expected to relocate to California at some point later this year. A hunt for his successor will begin immediately.

Stephenson said he was ready for a new challenge and described Star Wars director Abrams as “one of the world’s greatest writers, directors and producers”.

He added: “The BBC is a remarkable institution - there just isn’t a more creative, stimulating organisation to work for in the UK. Whilst it’s a massive wrench to leave, I cannot wait to begin a new adventure in LA with JJ.”

Abrams said: “His love of great TV, his passion and respect for writers, and his remarkable taste are all in evidence through his groundbreaking work at the BBC. We can’t wait to work with Ben to tell engaging and impactful stories.”

Stephenson is a popular figure in the UK drama industry and many believe he is among the corporation’s most successful controllers.

After replacing Jane Tranter in September 2008, he has commissioned BBC1 ratings smashes including Call the Midwife, Sherlock and Death In Paradise. Stephenson was also behind the reinvigoration of BBC2 drama, ordering critically acclaimed series such as Wolf Hall, Parade’s End and Line of Duty.

He has embraced the increasingly international nature of the genre, which is a key part of his appeal to American suitors.

Shows including Peaky Blinders, The Honourable Woman and the upcoming adaptation of War and Peace have all been made with US investment. The strength of the BBC’s drama slate will be a trump card for the corporation during charter renewal negotiations later this year.

The BBC will be keen to ensure there is a smooth transition to Stephenson’s successor, who will be handed £30m of extra funding for BBC1 drama if BBC3 moves online.

BBC Wales’ head of drama Faith Penhale is already being talked about as a leading candidate for the role, as is head of independent drama Polly Hill.

BBC director of television Danny Cohen said: “Ben has made a truly extraordinary impact on the British drama industry in the last few years. The quality, range and ambition of BBC drama is testament to his creative power, strategic thinking and immense passion for great writing. The BBC owes Ben a great debt of gratitude and I will miss him greatly, personally and professionally.”