On The Beach At Night Alone scores second-highest rating of competition so far. 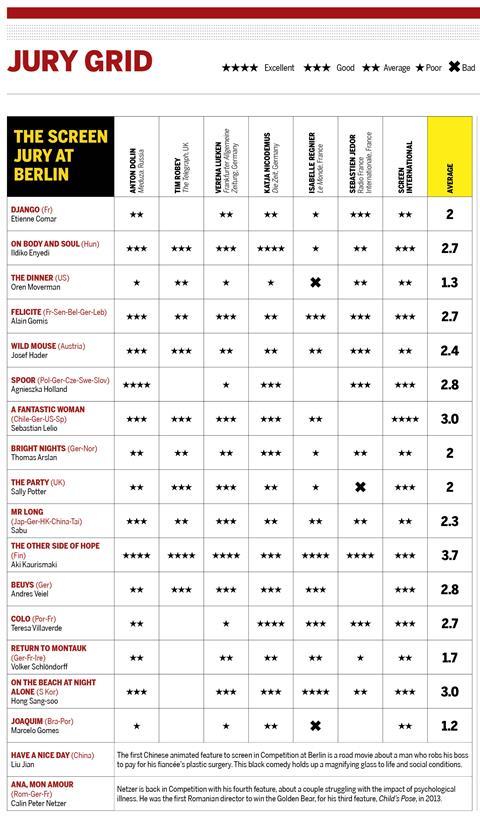 On the penultimate day of Screen’s 2017 Berlin Jury Grid, Hong Sang-soo’s On The Beach At Night Alone posted the joint second-highest score of the competition so far.

Screen’s jury of international critics awarded the film a rating of 3.0 from a possible four-stars, tying it with Sebastian Lelio’s A Fantastic Woman.

The day’s other new entry was Marcelo Gomes’ Joaquim, which faltered to a 1.2 rating (with two scores yet to be submitted).

Aki Kauismaki’s The Other Side Of Hope continues to lead the way on 3.7.