Maggie Gyllenhaal and Diego Luna amongst those to join jury president Paul Verhoeven. 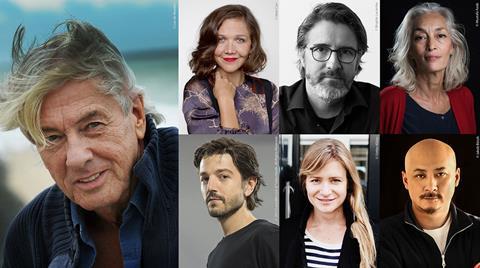 Eighteen films are vying in this year’s competition for the Golden Bear. The winners will be announced at the Berlinale Palast on February 18.

Gyllenhaal is best known for her Oscar-nominated role in Crazy Heart, breakthrough performances in Donnie Darko and Secretary, The Dark Knight and TV series The Honourable Woman, for which she garnered a Golden Globe Award and an Emmy nomination.

Jentsch is best known for The Edukators (2004, dir: Hans Weingartner) and Sophie Scholl - The Final Days (Berlinale Competition 2005), for which she won the Berlinale’s Silver Bear.

Fourati’s credits include Mohamed Ben Attia’s Hedi, which screened in the Berlinale Competition in 2016 and won the Best First Feature Award and Silver Bear for Best Actor (Majd Mastoura), while Wang Quan’an is known for Berlin titles including Lunar Eclipse, Tuya’s Marriage, Apart Together and White Deer Plain.

The subject of this year’s homage will be Italian costume designer Milena Canonero, who will also receive an Honorary Golden Bear for her lifetime achievement.

Berlin will screen films she has worked on including Barry Lyndon, Chariots Of Fire, A Clockwork Orange and The Shining.