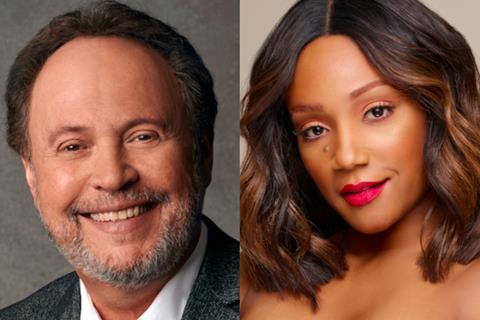 Rocket Science will launch international sales in Toronto on Astute Films’ Here Today, which stars Billy Crystal and Tiffany Haddish and is described as a rom-com that tears up the rule book on the generational divide.

Crystal will direct from a screenplay he co-wrote with his fellow Saturday Night Live alum Alan Zweibel based on Zweibel’s short story The Prize.

Principal photography is set to begin in New York in October on Here Today, which redefines the meaning of love and trust as it follows a veteran comedy writer slowly losing his grip on reality who strikes up a touching and deep friendship with a talented young New York street singer.

“I’m so grateful to get the chance to bring this charming and beautiful story to life,” said Crystal. “To write this with Alan was a joy, and to have Tiffany as my co-star is fantastic. The generational differences in our comedy will be great to play with. She’s explosively funny and genuinely human at the same time. Excited to explore all our possibilities together.”

“Billy and Tiffany share an incredible ability to bring warmth and intelligence to their humor,” said Bernstein. “Astute is thrilled to bring such iconic comedic talents together onto one screen. Their timeless humor will bring genuine laughter to a film that will resonate with audiences worldwide, and bridge the gaps among all age groups.”

Haddish’s additional upcoming projects include Bad Trip, Like A Boss, Down Under Cover, and TV series Madam C.J. Walker. Astute Films produced Best Of Enemies and is in post-production on Never Too Late featuring Ellen Burstyn and James Caan.