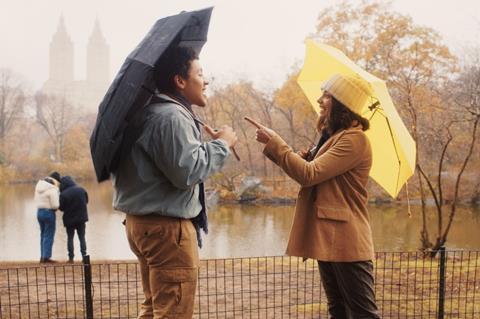 IFC Films picked up North American rights to the feature from feature writer-director debutant Jonah Feingold prior to the festival.

Jaboukie Young-White and Francesca Reale star in the story of two single twentysomethings who meet on a dating app and despite their best efforts to remain friends with benefits, develop feelings for each other.

Catherine Cohen, Brian Muller, and Alex Moffat round out the main cast.

Blue Fox’s James Huntsman said, “We are so thrilled to present a film that combines one of the greatest cities in the world, a love story, and a terrific young cast. It’s an incredible debut from writer-director Jonah Feingold, a film that explores the universal themes of love and friendship, while also perfectly capturing the challenges of modern dating.”

Feingold added, “When we shot the film one fall in New York, I could’ve only imagined that our cast and crew would get the chance to show the final product to audiences nationally, let alone globally. Our team put their heart, sweat and tears into the film and we couldn’t be more thrilled to share it with the world.”

Blue Fox negotiated the deal with UTA Independent Film Group on behalf of the filmmakers.