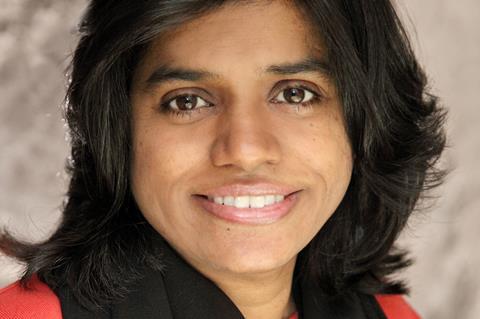 BritBox CEO Soumya Sriraman is stepping down from her role as president and CEO for US and Canada at the end of the month.

New York-based Sriraman has built the joint venture that is 50%-owned by each of BBC Studio and ITV to more than 1.5m subscribers and had been focusing on original commissioning, co-productions, and international expansion.

New leadership for the service will be announced in the coming weeks.

Sriraman has been responsible for commissioning and serving as executive producer on several shows for the service, including The Bletchley Circle: San Francisco with Rachel Stirling and Julie Graham, and There She Goes starring David Tennant and Jessica Hynes.

Among its highlights, BritBox delivered the live telecast of Harry and Megan: The Royal Wedding to North American audiences.

In a joint executive statement, Rebecca Glashow, president of BBC Studios – Americas, and Martin Goswami, group strategic partnership and distribution director, ITV, said, “Soumya is a trailblazer. Her experience, leadership, and thorough knowledge of British content has been the perfect fit for BritBox. We thank Soumya for her passion and commitment in leading the BritBox team and shaping the service into what it is today.”

“I have enjoyed writing every minute of the BritBox story – from imagining it six years ago to building and growing it,” said Sriraman. “I am so proud of my team who has worked tirelessly to exceed all expectations. I am grateful to the leadership at the BBC and ITV for their stewardship on this journey and I now look forward to my next chapter.”

Prior to BritBox Sriraman served as executive vice president of franchise and digital enterprises at BBC Studios – Americas, where she worked on brand development for the likes of Doctor Who and BBC Earth.

Prior to BBC Studios, Sriraman was president and CEO of Palisades Tartan.