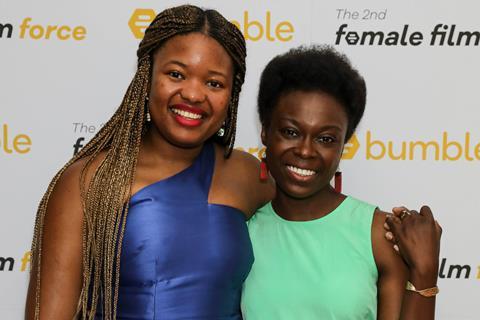 The programme, which launched last year to ‘encourage women to make the first move, to stand up and tell their stories’, returns in an expanded international format. It has chosen two projects from the UK, and one each from France, Germany and Ireland. Each will receive £20,000 towards production costs.

The five were chosen from a shortlist of 10, all of which pitched to a panel of industry experts in London earlier this month. The scheme received over 1,300 pitches this year.

The filmmakers will be supported by mentors throughout the filmmaking process, connecting them with industry figures to guide and empower them.

All the projects have all-female teams of writers, directors and producers, with aims to achieve 50/50 gender representation on their extended production staff.The films will be delivered by and showcased at a dedicated event in January 2020.

Last year’s shorts were all delivered by January 2019 and are now being entered for international festivals.

Director Georgie Yukiko Donova is now working on a feature version of her FFF short AMA. “The FFF gave me the confidence and drive to keep pushing forward,” she explained.  ”Since completing my film, I have been asked to develop and pitch new documentary ideas, as well as a feature length version of my FFF film AMA. But more than that, it has given me a community of like-minded badass women. Everyone is endlessly supportive and driven to see not only their own success but that of all of us who went through this experience together - we’re a very lucky bunch indeed.”