Buyers in tune with Protagonist's Frank 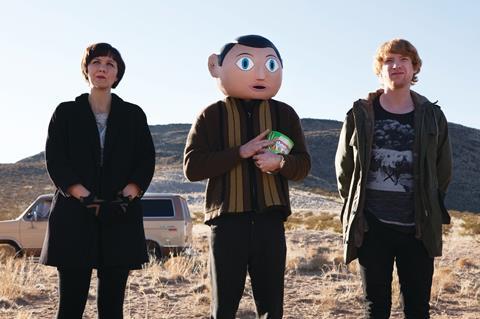 Jaguar has taken airline rights while a deal is pending in France. Magnolia previously snapped up US rights.

Frank follows wannabe musician Jon (Gleeson), who discovers he’s bitten off more than he can chew when he joins a band of eccentric pop musicians led by the mysterious and enigmatic Frank (Fassbender) and his terrifying sidekick Clara (Gyllenhaal).

Producers are Ed Guiney, David Barron and Stevie Lee. Executive producers are Tessa Ross, Katherine Butler and Andrew Lowe. Financiers are Film4, the BFI and The Irish Film Board.