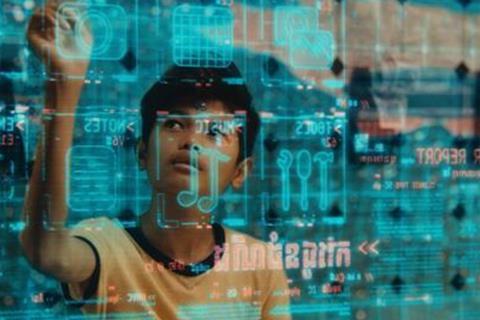 The film is written by Wachtel and Christopher Seán Larsen; it is produced by US first-time feature producer Valerie Steinberg for Valerie Steinberg Productions, whose previous credits include Sundance shorts Hair Wolf and Blocks, and Tribeca short Coffee Shop Names.

Set in the Cambodian capital Phnom Penh in the near-future, Karmalink follows a teenage boy who teams up with a street-smart girl from his neighbourhood to untangle the mystery of his past-life dreams.

Wachtel began developing the film in 2015 while teaching a filmmaking course in a deprived community in Phnom Penh; and cast two students from his youngest class, Srey Leak Chitth and Leng Heng Prak, as the leads. Additional cast includes Sahajak Boonthanakit who has credits including Only God Forgives and The Beach, Cindy Sirinya Bishop, Sveng Socheata and Rous Mony.

Co-producers are Sok Visal for Cambodia’s 802 Films and Christopher Rompré of LittleBIG Films, with Todd Brown and Nate Bolotin of XYZ as executive producers.

Venice will announce its competition line-up on Monday, July 26.