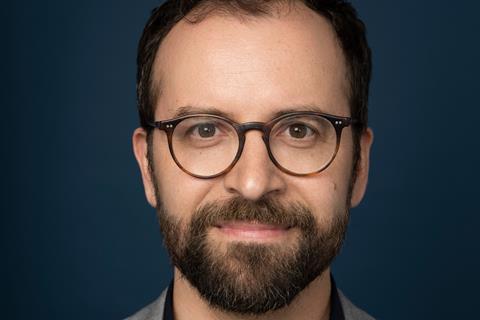 Cannes Critics’ Week has appointed Thomas Rosso as its new progamme manager, replacing Rémi Bonhomme who has left the parallel section to take up the position of artistic director at the Marrakech International Film Festival.

Rosso also takes over as director of the Critics’ Week initiative Next Step, aimed at supporting directors who have shown shorts in the parallel section as they work towards their first feature.

In his role as programme manager, Rosso will oversee the overall running of Critics’ Week, working closely with its artistic director Charles Tesson and the rest of its staff.

In the early part of his career, Rosso worked at the directing department of France’s prestigious film school La Fémis. He was also part of the founding team of Les Arcs Film Festival in 2009 and coordinated its Film School Village (since rebranded as the Talent Village) for 10 years.

More recently, he spent a decade as head of home video and theatrical distribution at film company Why Not Productions and its historic Cinéma du Panthéon in the heart of Paris’s Latin Quarter.

From 2016, he was senior project manager at L’Image Retrouvée laboratory, specialised in film restoration. There, he coordinated the restoration of works such as Jean-Luc Godard’s Breathless for Studiocanal and Abbas Kiarostami’s filmography or mk2.

He has taken up the role with immediate effect.