Teaser clip of Herzog’s documentary about the relationship between humans and volcanoes to be screened at Cannes. 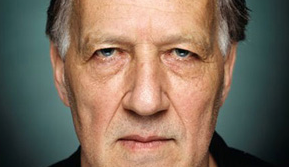 London-based Dogwoof has acquired worldwide rights to Werner Herzog’s long-gestating volcano documentary Into The Inferno. A teaser clip of the film, in pre-production, will be screened by Dogwoof to buyers as part of their Cannes Marche promo reel on May 15.

Herzog, whose documentary films include Grizzly Man and Cave of Forgotten Dreams, will explore why, where and how human civilization is inextricably linked with volcanoes. Filmed around the world, Herzog will team up with volcanologist Professor Clive Oppenheimer to tell the story of the relationship between volcanoes, our planet and human society.

Dogwoof head of distribution Oli Harbottle negotiated the deal with André Singer and Richard Melman of Spring Films, the UK co-producer (in association with co-producers Herzog Film and Matter of Fact Media), for Dogwoof to handle the sale of all international rights, excluding Canada.

Filming will commence this year in North Korea and then across the globe – Indonesia, Italy, Hawaii, Iceland and Eritrea amongst others - with delivery expected in 2016.

The project has been in the pipeline since 2006, when Herzog met Professor Oppenheimer at Mount Erebus in Antarctica while filming Encounters at the End of the World.

At this year’s Berlin Film Festival, Herzog told Screen that he was also working on supervolcano thriller Salt and Fire.