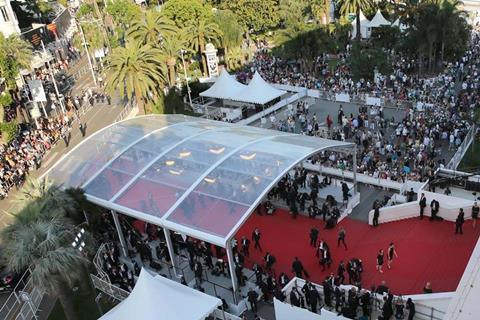 The Cannes Film Festival is considering aligning the press and public screenings of its biggest titles to avoid filmmakers having to attend ‘world premiere’ screenings of films which have already been slammed or ‘spoiled’ by media reaction earlier in the day.

Having given up on efforts to get critics to refrain from offering instantaneous reactions to films on social media, Cannes artistic director Thierry Fremaux has decided that the festival should look at other means to reduce the impact that reviews and social media posts following morning or afternoon press screenings can have on filmmakers waiting to show their films at the first public screening or official red-carpet premiere.

“We are living in a new world,” Fremaux said during a sit-down in San Sebastian. “The press used to have a screening 24 hours before the public screening because they needed time to write their articles and then for it to be published. Now we are living in 2017, when everything is instantaneous.”

The festival chief said that he has already made up his mind about a solution, even if it’s still being debated in the boardroom of the festival: “I’m asking the question, and of course I have the answer, but don’t you think that it could be better to have the press screening and the gala screening in the same day, in the same moment, in the same hour, in order for the film team to arrive in total innocence, to make both the gala screening and the press screening two big world events.”

Fremaux also commented on the occasionally toxic atmosphere at Competition press screenings, which are famed for their vocal audience responses. High-profile Competition titles that have been savaged in recent years after their press screening include Sean Penn’s The Last Face and Gus Van Sant’s Sea Of Trees.

“The atmosphere of the press screening can be awful, everybody knows that, and it’s journalists who complain most about that. So I prefer to have the gala screening with the audience – and that audience can also be very tough – and the press screening [at the same time] and then to compare the two, so it’s a pure world premiere.”

Fremaux acknowledged that any such change would be logistically challenging: “It’s quite hard to do it technically, but we are not like we were in the 1960s. We have to think about the world we are living in.”

The festival boss said that now is the right time to make the change “because we are opening a new decade in Cannes, so we have to think about the future. We are wondering what Cannes has to be in order to be efficient, even for the press, because Cannes is made by the press, it’s very important for me, that’s why I like to argue with them.”

With Competition press screenings often taking place in the same venue as public world premieres, the festival would need to find a large new home for the former. Simultaneous evening screenings would also mean that print deadlines would be largely missed for the next day’s publications (unless critics had seen movies in advance).

Some journalists Screen spoke to about the potential change said they would prefer the festival to maintain the same timetable of morning press screenings and evening ’world premieres’ but with reviews embargoed until after world premieres. However, the difficulty with that is safeguarding against outlets breaking embargos and errant social media posts.

Simultaneous screenings have taken place on the Croisette before. In 2004, because of technical issues, the press screening of 2046 by Wong Kar Wai took place at the same time as the public screening, and the same happened for the screening of James Gray’s Two Lovers in 2009.

Fremaux was speaking at the San Sebastian Film Festival, where he presented his documentary Lumière!, an assembly of restored films by cinema pioneers Auguste and Louis Lumière.

He was also promoting the Lyon-based Festival Lumière which hosts classic films and runs from October 14-22. The event will this year honour the work of Wong Kar Wai who is receiving the Prix Lumière.