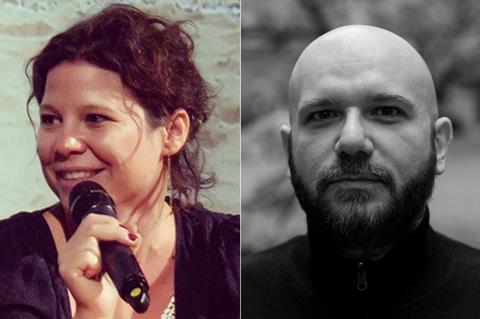 Programmers from Cannes Directors’ Fortnight and the Venice International Film Festival are among the experts participating in the second edition of Cutting Edge Talent Camp, the German development lab for first- or second-time feature directors taking place from November 5-14.

The hybrid event is run by the International Film Festival Mannheim-Heidelberg (IFFMH, November 11-21).

Ten projects will participate in the event, consisting of three works-in-progress projects; four projects from directors; and three from producers.

Among the 12 experts providing advice on project pitches are Anne Delseth, a programmer for Directors’ Fortnight; Sara Juricic, coordinator for Rotterdam’s Hubert Bals Fund; and Daniela Persico, programmer for the Locarno International Film Festival as well as IFFMH.

Iranian director Mani Haghighi will give a masterclass at the event; while there will be four workshops, including from Venice programmer Paolo Bertolin.

Cutting Edge Talent Camp is open to students and graduates of a German film or art school, who are developing their first or second feature film.

Projects selected for the second edition include tragicomedy Subtext (working title), a work-in-progress title from director Sophie Linnenbaum and producers Britta Strampe and Laura Klippel. Having shot in Germany in spring 2021, the €880,000 project is in post-production. It is about a young woman living in a world where people are divided into main and supporting characters. She is about to take her final exam to decide which she will be; but then she stumbles across inconsistencies about the tragic death of her father, a shiny main character.

“The aims of IFFMH and of the Talent Camp are deeply intertwined: building bridges between generations, supporting newcomers at very early stages of their careers, involving them, and hoping they’ll be back very soon once the project they are developing is finished – or with their next one!” said a statement from Sascha Keilholz and Frederic Jaeger, director and head of programme respectively at IFFMH.

“When we created our initiative, the ways we interacted with films were still a lot more physical,” said Zsuzsi Bankuti, head of Cutting Edge Talent Camp. “Ever since, it has become more and more important to understand changes in the audience and new potentials.”

The Talent Camp is funded by the Federal Government Commissioner for Culture and the Media (BKM) and Media and Film Society Baden – Württemberg (MFG).

Hao Are You? (working title), dir. Dieu Hao Do