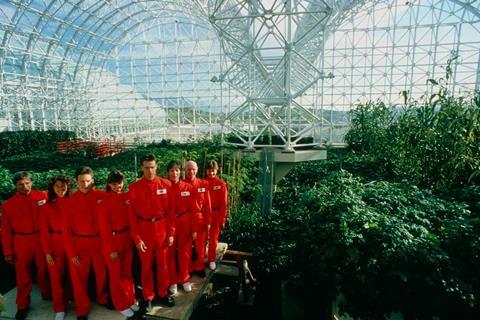 Paris-based sales company Charades has announced a raft of deals on Spaceship Earth, The Painter And The Thief and She Dies Tomorrow, which it added to its slate at the end of April under an innovative deal with leading US arthouse distributor Neon.

Under the operation, buyers were offered a special marketing package devised by Neon in response to the Covid-19 pandemic. The package combined digital distribution with socially-distanced screenings in drive-in venues; pop-up cityscape projections; and revenue-sharing virtual cinemas.

Neon tried and tested the strategy with documentary Spaceship Earth, about eight people who spent two years living in a biosphere in the late 1980s, which was screened in various ways alongside being released on Hulu’s streaming platform on May 8.

“Our aim was to offer independent distributors timely films that they could release quickly in this extremely particular context, whether that was theatrically or digitally,” said Charades sales executive Jean-Félix Dealberto.

In a number of territories, a single distributor acquired the trio of films as a package. This was the case for Spain (Filmin), Latin America (Synapse Distribution), CIS (Capella Film), the Middle East (Gulf Film)  and the Southeast Asia territories of Thailand, Vietnam, Singapore, Malaysia and Indonesia (Shaw Organisation).

In the UK, Dogwoof acquired documentaries Spaceship Earth and The Painter And The Thief while Blue Finch Film took rights on Amy Siemetz’s existential thriller She Dies Tomorrow. Dogwoof will launch Spaceship Earth on VoD on July 10.

In Israel, Lev Cinemas acquired The Painter And The Thief and She Dies Tomorrow while Yes DBS Satellite Services took Spaceship Earth.

In Italy, Spaceship Earth and She Dies Tomorrow went to I Wonder Pictures and The Painter And The Thief to Wanted Cinema.

In Poland, Against Gravity bought rights for Spaceship Earth and The Painter And The Thief.

Taiwan’s Swallow Wings acquired The Painter And The Thief, for which it is also planning a limited theatrical release.

As previously announced in April, Non Stop Entertainment (Scandinavia) and Madman (Australia) were among the first to sign up for three films and the marketing package.