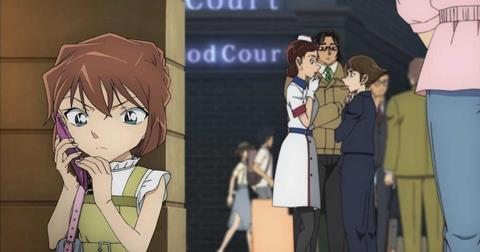 The film, which is the 24th installment in a popular franchise, has grossed $26m since its April 17 release in China. It was followed by Lian Ray Pictures’ Sister, starring Zhang Zifeng, which grossed $4.6m over the weekend for an impressive cume of $128.2m.

So far, no date has been set for the third installment in the franchise, The Lord Of The Rings: The Return Of The King. The next big Hollywood release is Universal’s F9 scheduled for May 21.

Winding up an impressive China run, Godzilla vs. Kong came in fourth with a further $3m for a cume of $183.8m, making it the biggest Hollywood release of the pandemic.

However, it was a quiet weekend with combined box office takings of just $23.6m, compared to $49.4m the previous weekend, according to Artisan Gateway. The major reason is that this coming weekend is one of China’s four big box office periods – the five-day May Day holiday (May 1-5) – and a bumper crop of local titles are scheduled for release.

These include Zhang Yimou’s spy thriller Cliff Walkers (a.k.a. Impasse), about four communist agents who have been trained in the Soviet Union to carry out a secret operation in the city of Harbin. The cast includes Zhang Yi (Operation Red Sea), Yu Hewei (I Am Not Madame Bovary), Qin Hailu (The Pluto Moment) and Zhu Yawen (The Captain).