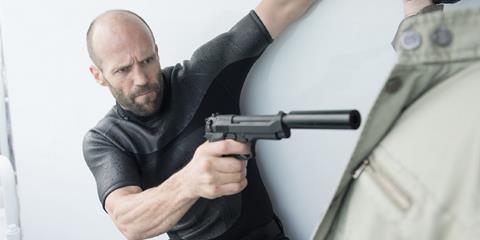 Mechanic: Resurrection landed top at the Chinese box office in the week of Oct 17-23, taking $24.60m from its three-day opening weekend. The crime thriller, headlined by Jason Stratham, has already earned twice as much as its predecessor in 2012.

After ruling the chart for two weeks, Dante Lam’s action thriller Operation Mekong came down to the second place, but it still posted brisk business in its fourth week with $18.83m. With a massive $161.29m after 24 days, it now ranks as the seventh highest grossing film this year and the 20th overall in China’s history.

Disney’s The BFG dropped one place to the fourth with $6.63m for $20.28m after 10 days. It has outperformed War Horse, the last Steven Spielberg-directed film released in China.

Zhang Yibai’s romantic drama I Belonged To You fell to the fifth with $5.91m for $119.16m after 25 days. It has surpassed Finding Mr Right: Book Of Love to become the top grossing local romance film. It has also become the 14th highest grossing film this year.

Paramount’s Tom Cruise-starrer Jack Reacher: Never Go Back opened in sixth with $5.61m from its three-day opening weekend, in line with the first film which earned $15m in its entire run.