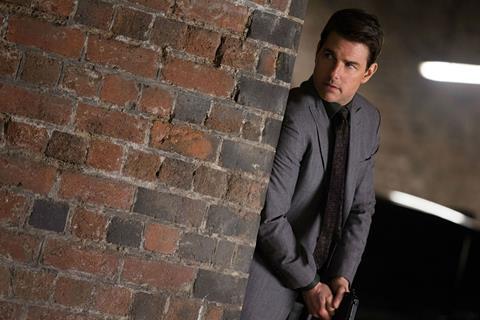 Once the summer holidays ended, last week’s Chinese box office (September 3-9) took a deep dive with a 42% drop week-on-week, making it the quietest week since June this year.

Without any strong contenders, Mission: Impossible – Fallout reigned again with $57.8m, accounting for almost 60% of the week’s total box office. Its 10-day total of $133.6m broke a new record for Tom Cruise’s action franchise as well as placed it as the fifth highest grossing non-Chinese film this year.

Alpha debuted with $10m from its first three days (including previews). It was by no means a strong opening but earned the epic adventure set in the last Ice Age about a young hunter and a wolf a second place in a slow week.

Disney’s Ant-Man And The Wasp fell to the third, adding $8.6m for $114.2m after 17 days. It has become the sixth highest grossing non-Chinese film this year, behind Mission: Impossible – Fallout.

Local fantasy comedy Go Brother held well in fourth place with $3.4m for $51.7m after 24 days; ahead of new release, biopic Pele: Birth Of A Legend, which took $2.5m from its first three days (including previews).

Local comedian Huang Bo’s directorial debut The Island added $2m for $191.9m after 31 days, while Salman Khan’s sports drama Sultan earned $1.9m for $4.8m after 10 days. Although the latter is a smash hit in India, the Chinese audiences gave it a cold shoulder. It is especially disappointing given that Khan’s last release in China, Bajrangi Bhaijaan, collected $9m from its three-day opening weekend in March this year.

The rest of the charts tied with $1.4m apiece: US-China co-production The Meg on $149.1m after 31 days; local crime thriller The Blizzard on $1.4m from its first three days; and Mahua FunAge’s latest mega-hit Hello Mr Billionaire on $362.2m after a lengthy 45 days.

This week will see the release of L Storm, Destiny, The Road Not Taken and Let Me Eat Your Pancreas, all dated for September 14.