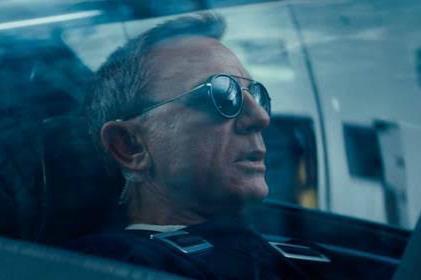 No Time To Die managed to displace local blockbuster The Battle At Lake Changjin in the top spot at the China box office over the weekend (October 29-31), according to Artisan Gateway, grossing $28.1m in its first three days, although its performance was affected by cinema closures due to new Covid-19 outbreaks.

According to local analysts, more than 1,400 cinemas in 14 provinces have been ordered closed due to the outbreaks, including some cinemas in Beijing. The closures account for around 10% of all Chinese cinemas and 13% of national box office.

The Battle At Lake Changjin grossed an additional $19.2m for second place in the weekend chart, according to figures from Artisan Gateway. The patriotic war film has reached a cumulative gross of $858.9m, making it the highest-grossing film worldwide this year, overtaking Chinese melodrama Hi, Mom on $844.4m (RMB5.41bn). It is also the second-highest grossing Chinese film ever behind Wolf Warrior 2, which took $888m (RMB5.69bn) in 2017.

Bona Film Group has announced that it will produce a sequel to The Battle At Lake Changjin, again co-directed by Chen Kaige, Tsui Hark and Dante Lam, starring Wu Jing and Jackson Yee and set during the Korean War.

Meanwhile, Warner Bros/Legendary Entertainment’s Dune came in third with $4.9m for a cume of $33.1m in its second weekend. The film, which does not have the same level of audience awareness as the Bond franchise, had opened in second place with $21.9m on October 22.

Japanese studio Shochiku’s 2008 drama Departures also opened over the weekend and came in fourth with $3.6m. Directed by Yojiro Takita, the drama about a man who takes a job as a funeral director won the best foreign-language film Oscar in 2008.

Patriotic anthology film My Country, My Parents, which like The Battle At Lake Changjin has also been on release for over a month since China’s National Day holidays, came in fifth with $2.5m for a cume of $226.7m. It was followed by the Ann Hui’s Love After Love and Zhou Ziyang’s Wu Hai, which won the Fipresci prize at last year’s San Sebastian film festival.