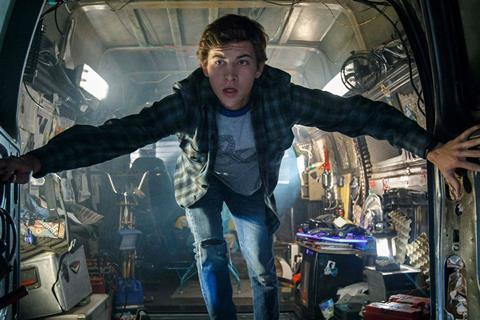 Thanks to the three-day Qing Ming holidays (similar to All Souls’ Day in the West) which ran from Thursday – Saturday, last week’s Chinese box office (Apr 2-8) soared by about 27% week-on-week, the first rise in six weeks post-Chinese New Year.

Ready Player One earned $105.5m in its second week, making it the first US film to top the charts for two straight weeks in 2018. Standing at $170.5m after 10 days, Warner Bros’ sci-fi adaptation is now the highest grossing foreign film and the fifth highest grossing film overall this year. China remains the biggest market for the film so far.

Comedy drama Hindi Medium, starring The Lunchbox’s Irrfan Khan, opened strongly in second, with $22.4m from its first five days, becoming the fourth highest grossing Indian film ever in China. It is the latest Indian wave to hit Chinese shores – the third Indian film on release in China this year, after Secret Superstar and Bajrangi Bhaijaan, all with good results.

Pacific Rim: Uprising dropped further to third with $9.1m for $103.4m after 17 days; ahead of Russian animation The Snow Queen 3: Fire And Ice which took $7.2m from its first four days.

The Coffin In The Mountain director Xin Yukun’s Wrath Of Silence launched in fifth with $6m from its first five days. The buzz for the local crime thriller is generally positive and it even overtook Pacific Rim: Uprising for third place on Sunday.

Local love comedy Nuts opened with $4.4m from its first five days; followed by Operation Red Sea on $4m for $604.4m after a lengthy 52 days; local animation Cats And Peachtopia on $2.8m from its first four days; Liam Neeson’s action thriller The Commuter on $2.5m for $6.9m after 10 days; and local documentary Amazing China on $2.3m for $75.8m after 38 days.

This week’s new releases include Seek McCartney, Rampage, Justice In Northwest and Annihilation, all dated for Apr 13.