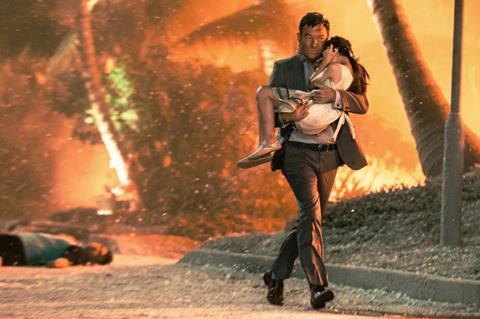 Simon West (Con Air and Lara Croft: Tomb Raider and The Expendables 2) directed the English-language film, which debuted in China in December 2019.

Xueqi Wang and Shawn Dou round out the key cast on the story of a young scientist who tries to convince a resort owner to evacuate the world’s only volcano theme park when the once dormant geological feature shows signs of erupting.

Jennifer Wenjie Dong produced Skyfire, and West directed from a screenplay by Will Wei Bu and Sidney King.

“Skyfire is China’s first international production and is truly a movie made by the world, for the world,” said Dong. “We hired top-tier creative talents from 17 countries, spent five years developing the film and we have tried our best to present an amazing VFX feast for a global audience.”