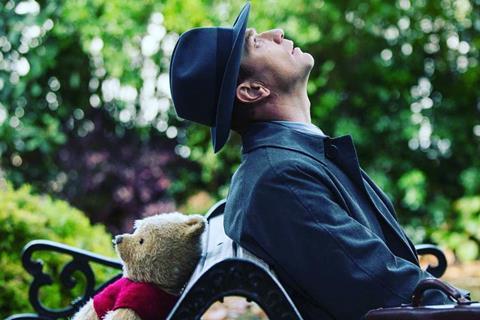 Christopher Robin stayed top of the UK box office over a bank holiday weekend that saw no new openers trouble the top five.

Director Spike Lee’s most successful film in the UK is The 25th Hour which grossed £8.3m in 2006, followed by Malcolm X which grossed £1.4m in 1993, so BlacKkKlansman has already surpassed the latter.

The Children Act, Richard Eyre’s drama starring Emma Thompson as a judge who must decide a case involving a teenage boy who is refusing a blood transfusion on religious principle, opened to a non-final three-day £513,029 from 148 sites, an average of £3,466.

Pawel Pawlikowski’s period romance Cold War, which premiered In Competition at this year’s Cannes Film Festival, got underway with £41,686 previews this weekend, ahead of its of official opening on Friday, Aug 31.