The recently launched studio plans a 2019 release for their first animated feature. 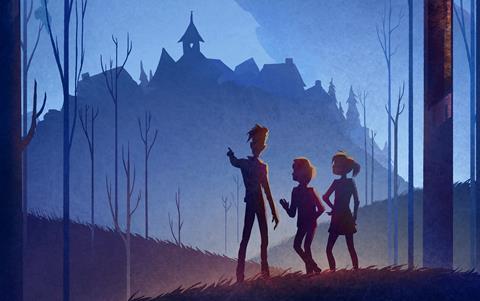 Based on British writer Veronica Cossanteli’s novel of the same name, The Extincts centres on George Drake, a boy who goes to work on a farm hidden deep in the woods where he discovers a hidden cache of extinct and mythological creatures, one of which escapes and terrorizes the town in which he lives.

The novel is published by Chicken House/Scholastic in the UK and in the United States by Henry Holt and worldwide in translation.

William “Bill” Joyce is set to direct the film, while David Lipman, president of production at Cirrina Studios, will write the adaptation.

The film will be the first Cirrina Studios feature to start production at Dwarf Animation Studio in Montpellier, France.

Lipman and Michael Siegel will produce the film, while Jane Startz and Barry Cunningham, alongside Jim Pesoli and Karine Martin of Cirrina Studios will serve as executive producers.

“Feature animation is one of the cornerstones of Cirrina Studios’ broad ambitions,” Lipman said. “I’m thrilled to partner with Olivier and Dwarf, we’ve assembled an unbelievably talented group of artists and technicians to make a studio quality film with a unique look and global appeal.”