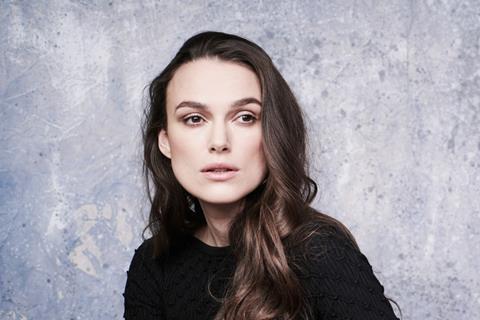 Apple TV+ has made a series order for See-Saw Films’s period drama The Essex Serpent to star Keira Knightley and directed by Clio Barnard.

The series is based on Sarah Perry’s 2016 British Book Award winner about a newly- widowed woman who experienced an abusive marriage and relocates from Victorian London to an Essex village,, intrigued by a local superstition about a returning mythical creature known as the Essex Serpent.

Knightley will also serve as executive producer and Anna Symon, whose credits include Deep Water and Mrs Wilson, is the lead writer.

Jamie Laurenson, Hakan Kousetta, Patrick Walters, Iain Canning, and Emile Sherman are on board as executive producers alongside Barnard, Symon, and Knightley. Andrea Cornwell is the producer.

See-Saw Films is producing for Apple TV+. The series was commissioned for Apple out of the UK by Apple’s heads of worldwide video Zack Van Amburg and Jamie Erlicht, and creative director for Europe worldwide video, Jay Hunt.