EXCLUSIVE: Starred Up and Snow In Paradise star leads cast in thriller from 104 Films. 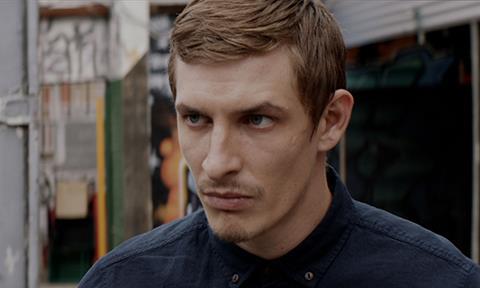 Shooting is underway in Birmingham, UK, on noir thriller The Marker starring Frederick Schmidt (Starred Up, Snow in Paradise), Ana Uluru (Serena) and John Hannah (Four Weddings And A Funeral, The Mummy).

Writer-director Justin Edgar’s (We Are The Freaks) fourth film is a low-budget noir thriller about a criminal seeking redemption by tracking down the daughter of the woman he killed. Along the way he is haunted by his guilt in the guise of the woman’s ghost.

Producers are Ian Sharp and Rebecca Joerin-Sharp from Achilles Entertainments with Alex Usborne and Edgar from 104 Films.

Edgar told ScreenDaily: “I am delighted to be working with the amazing cast we have assembled and with such great and supportive backers who have decided to join us on this dark journey.”

Holmes added: “We’ve been tracking Justin’s script for a long time now - it’s a radically different film for him and that’s what excited us - it’s powerful, original and atmospheric. The cast and crew they’ve assembled is a testament to the quality of his work and the great affection we all have for him as a filmmaker.”

The Marker is UK outfit Achilles Entertainments’ third feature. Also on the company’s slate is a new Audrey Hepburn biopic and a documentary with YouTube star Tai Lopez.

Producer Sharp said: “We are thrilled to be working with such a high level of creative talent. Creative England is a tremendous asset to the UK film industry and having their backing is hugely validating”.