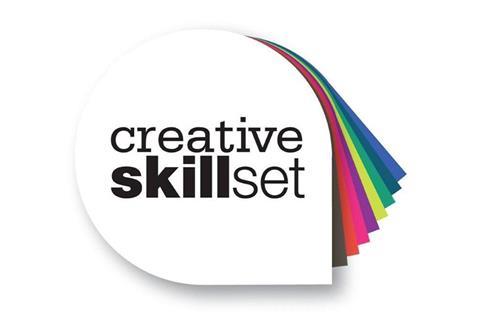 UK skills agency Creative Skillset has won a £19m National Lottery award to deliver the majority of the BFI’s Future Film Skills programme, which was a strategic priority of BFI2022, the organisation’s five-year plan for UK film.

The competitive tender process was overseen by a panel of industry leaders chaired by Barbara Broccoli who were unanimous in their decision.

The Future Film Skills Programme was launched by the BFI and the ‘film sector task force’ in June 2017 at the House of Commons and identified the need for 10,000 more people working in film, and to provide training for an estimated 30,000 jobs over the next five years in order to boost productivity, diversity and sustainability.

The programme is due to include an industry endorsed careers service, accredited training courses, fast-tracked apprenticeship standards, and industry-led specialist centres for technical and craft skills.

To deliver the programme, Skillset will work with organisations including NFTS, Into Film, BAFTA, the British Film Commission, BECTU, the major broadcasters, trade guilds and industry bodies such as the Film Distributors’ Association and the Independent Cinema Office.

According to the BFI, ’the programme will ensure a strong pipeline of creative talent from the widest range of backgrounds across the UK, enabling productions to draw from a more inclusive talent pool. In particular, individuals from diverse backgrounds who previously may not have been able to gain access to the industry will be able to contribute their talent and experience.”

Creative industries Minister Matt Hancock said: “I’m delighted Creative Skillset has been chosen to receive National Lottery funding to help the next generation of creative talent develop the skills they need for careers in areas including film, television and video games.

Our creative industries are one of the UK’s fastest growing sectors, worth £92 billion to the economy every year, and we are determined to make sure this fantastic success continues.”

Barbara Broccoli, producer, EON Productions and chair of the UK ’Film Skills Task Force’ commented: “This plan represents a huge opportunity to help create a workforce that reflects our diverse society, and increase the number of people working in film to meet the needs of our thriving production industry. I’m confident that Creative Skillset with the support of industry, education and government, will be the most effective way of delivering this ambitious plan.”

Seetha Kumar, CEO of Creative Skillset added: “This is an ambitious programme to deliver the step change in skills and talent training set out by the BFI. By creating an industry-run programme which has the confidence and trust of everybody – whether they’re thinking about a career in the screen industries or at the top of their game – we will create the joined-up, professionalised, inclusive workforce that we need to stay globally competitive.”

It is anticipated the investment will leverage match funding from the industry’s Skills Investment Fund and fund the backbone of the industry-owned and industry-led Future Film Skills 10 Point Action Plan.

A survey of practitioners across the industry, carried out by The Work Foundation for the BFI, identified multiple skills gaps across the sector including key areas such as Production Department, Art Department, Construction, Electrical, Camera, Costume, Hair and Make-Up, Post-Production, and Visual Effects. The BFI’s Future Film Skills 10 Point Action Plan draws upon this research to address skills shortages and the lack of inclusion in the screen industries.