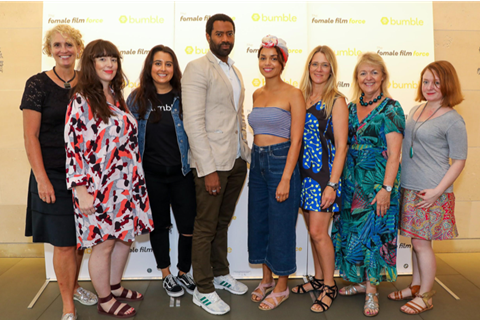 The company announced it was launching Female Film Force, an initiative to back female filmmakers in the UK and Ireland, earlier this year. A shortlist of 10 projects was drawn up and the teams pitched at Bumble’s London HQ at the end of July.

Five projects have been given the greenlight. They are:

The five teams will now receive mentoring from industry leaders, which will be selected with the assistance of Women In Film And TV, with a view to delivering the films by the beginning of 2019. Bumble is planning to host an industry screening of the completed shorts in January 2019 and is hoping the films will then play the festival circuit.

Female Film Force was created in response to the continued underrepresentation of women in the film industry. At launch, Bumble quoted the statistic that only 15% of 2018 Oscar winners were female, and only 20% of Bafta winners.