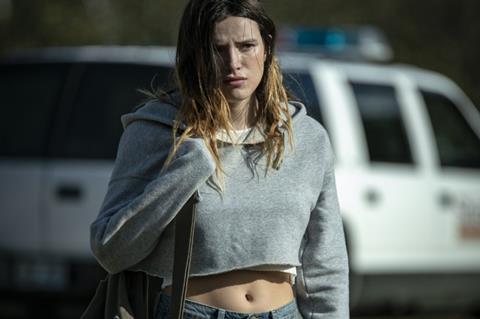 Screen Media has picked up all US rights from Toronto-based Double Dutch International (DDI) to Bella Thorne and Mickey Rourke revenge thriller Girl ahead of its world premiere at Fantastic Fest tomorrow (September 24).

Chad Faust’s feature directorial debut is based on his own screenplay about a young woman who returns to her hometown to exact revenge on her abusive father, only to learn someone murdered him the day before.

As she searches for answers, she encounters a sinister sheriff and learns the truth about her family’s history. The cast includes Faust, Glenn Gould, Lanette Ware, and Elizabeth Saunders.

Following the premiere at Fantastic Fest in Austin, Texas, Girl will get a theatrical and digital day-and-date release in November.