The Oscar-nominated star of such iconic films as Singin’ In The Rain and The Unsinkable Molly Brown has died in Los Angeles, one day after the death of her daughter Carrie Fisher. She was 84. 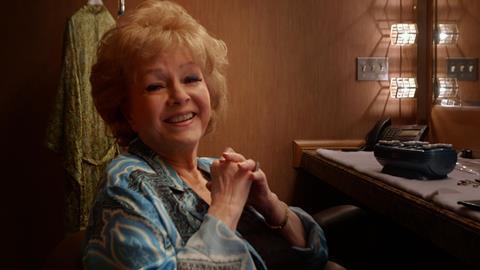 Reynolds, an enduring and vivacious presence in Hollywood who made her name in MGM musicals and comedies in the 1950s and 1960s, was taken to Cedars-Sinai Medical Center in Los Angeles on Wednesday after reportedly suffering a stroke. She died later in the day.

Her passing so soon after her daughter’s death on Tuesday following a heart attack on a plane is the latest devastating blow to their family.

Reynolds’ son Todd Fisher confirmed the news to AP, as he had kept the press apprised of his late sister’s progress in hospital several days ago.

“She’s now with Carrie and we’re all heartbroken,” Fisher said, adding that Fisher’s death had taken its toll on his mother. He told reporters that minutes before her stroke, Reynolds had said how much she wanted to be with her daughter again.

Reynolds was born in 1932 in Texas and became a beauty queen at the age of 16 before launching into acting.

Singin’ In The Rain was her breakout role in 1952 opposite Gene Kelly at the age of 19, but it was her performance in The Unsinkable Molly Brown 12 years later that garnered her an Academy Award nomination.

Her film roles included The Catered Affair, Divorce American Style and Mother among many others and there were notable TV appearances on Will & Grace, for which she earned an Emmy nod, and Roseanne.

Reynolds received the Screen Actors Guild’s lifetime achievement award in 2015 and earlier this year she was presented with the Academy’s Jean Hersholt Humanitarian Award.

She married Eddie Fisher in 1955 and the couple had two children before their divorce – Carrie and Todd. She remarried and divorced two more times, to Harry Karl and Richard Hamlett.

While they were close at the end of their lives, Reynolds and Fisher had a stormy relationship before patching things up. Their relationship inspired Fisher to write the acclaimed memoir Postcards From The Edge.

The documentary Bright Lights: Starring Carrie Fisher And Debbie Reynolds premiered in Cannes and will screen at the Palm Springs International Film Festival in January.

The tributes did not take long to pour in. Debra Messing, who played Reynolds’ daughter in Will & Grace, tweeted: “So heartsick. Debbie went to be with Carrie. It’s such a devastating 1,2 punch. She was my “mom” for years & I loved her dearly. A legend.”

Will & Grace star Sean Hayes took to twitter. “It is beyond astonishing that both @carrieffisher & @DebbieReynolds1 have left this earth. I overwhelmingly adored & admired them both.”

Veteran talk show host Larry King tweeted, “Debbie Reynolds was pure class. She was loving, talented, beautiful, unsinkable. I feel sorry for anyone who never got a chance to meet her.”