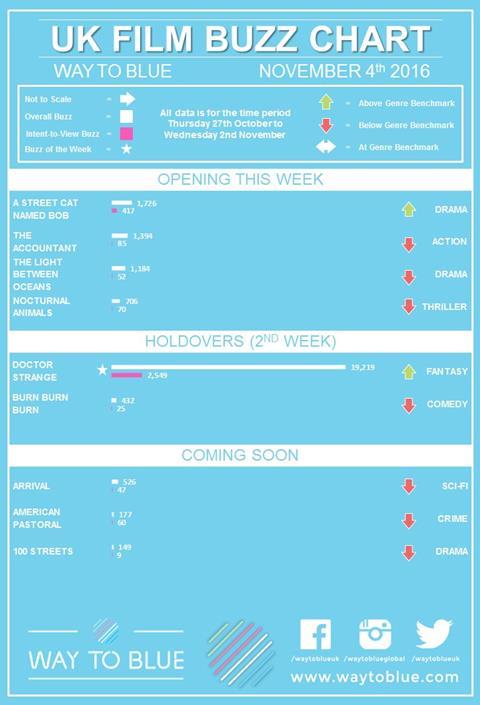 Disney’s latest Marvel adaptation, starring Benedict Cumberbatch, which opened on October 25 in the UK, landed with an $86m debut at the international box office this week. The film amassed 19,219 comments across social media, news, forums and blogs from October 27 - November 2. Of those, 2,549 registered an intent to view.

The week’s second buzziest title was A Street Cat Named Bob, which opens in UK theatres tomorrow (November 4). The feline family feature scored 1,726 comments, 417 of those expressing an intent to view.