NOVEMBER 14 UPDATE: Marvel’s latest has already surpassed the lifetime global hauls of Captain America: The First Avenger and Thor, among others. 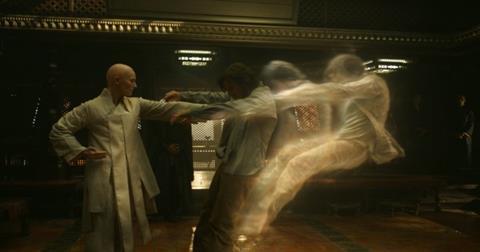 Doctor Strange is nearing $500m worldwide after continuing to dominate in its third weekend of release.

With no new openings, overseas drop-off from last weekend was only 48%, with Doctor Strange especially strong in EMEA as it held the top spot for the third straight weekend in Denmark and the Netherlands. It also remained at number one in the likes of Australia, South Korea, China and Russia.

In terms of Marvel Studios outings, Doctor Strange has already surpassed the lifetime global hauls of The Incredible Hulk ($263m), Captain America: The First Avenger ($371m) and Thor ($449m), with Ant-Man ($520m) next in its sights.

It’s still to open in eight more markets, including Australia on December 1.

It was the top new opener in China, landing second behind Doctor Strange with an estimated $11.7m debut. China, Taiwan Hong Kong and Macau were released by Bona Film Group.

The majority of the overseas rollout begins in January with Brazil on January 19 and Mexico on January 20.

Boosted by a chart-topping $3.1m debut in France, Inferno uncovered an extra $8.6m from its 61 markets for $171m to date. The latest Dan Brown adaptation held strong in Japan with a $935k third weekend for $10.9m.

Launching in four new territories, Japanese animation One Piece Film: Gold added an estimated $10.5m, according to ComScore, for $59.5m to date.

In its FilmNation Entertainment territories, the sci-fi grossed an estimated $5.6m from four territories, led by the UK’s preview-boosted $3.5m bow for Villeneuve’s best-ever opening in the territory. It also achieved the director’s best-ever debut in Australia ($1.6m) and New Zealand ($293k).

From its 21 Sony markets, Arrival landed with $4.6m ahead of its release in Spain next weekend. The film opened top in Russia with $1.8m from its 925 screens and debuted to $665k from 362 in Mexico.

Opening in eight new markets, Jack Reacher: Never Go Back shot to an extra $8.6m from its 54 markets for $73m to date.

UPDATE: Holding well in the markets it opened last weekend, The Accountant accumulated another $7.6m from its 63 markets for $51.3m so far.

Willkommen Bei Den Hartmanns retained the top spot in Germany with a $4.5m second weekend, a boost of 3% on its opening, for $10.3m so far. It is a production of Wiedemann & Berg Film GmbH & Co. KG and Sentana Filmproduktion.

UPDATE: Currently playing in 35 territories, The Girl On The Train journeyed to $6.2m for $80.5m to date through Mister Smith Entertainment and Universal.

From its 16 Universal territories, DreamWorks Pictures’ adaptation added $2.3m for $9.9m, led by a $1.1m debut in Mexico to chart third and a $597k second weekend in Russia for $2.9m. It opens in Argentina, Panama and Japan next weekend.

Blumhouse and Platinum Dunes’ horror prequel also opened in Russia with $564k from 651 sites to chart seventh, and has two more releases to come in Turkey next weekend and Belgium on November 24.

Bridget Jones’s Baby added $3m from its 40 territories for $183.2m to date internationally (including Studiocanal territories). It opens in Paraguay next weekend.

Focus Features’ A Monster Calls enjoyed a $897k sixth weekend in Spain for $26.7m so far, while Illumination Entertainment’s The Secret Life Of Pets now stands at $505.5m overseas and $872.7m worldwide.

In its second weekend, La Folle Histoire De Max Et Léon added an estimated $2.8m in France for $7.9m to date, according to ComScore.