The European Commission has come under fire from exhibitor associations for the introduction of a new bonus payment scheme in the Europa Cinemas network’s deadlines to promote partnerships between exhibitors and online distribution platforms. 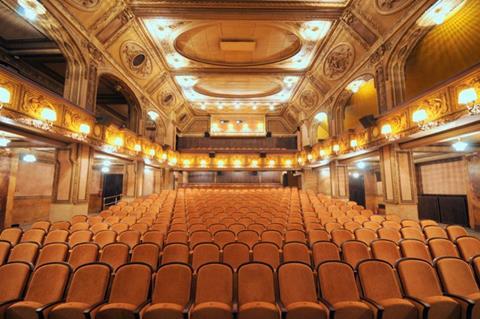 The conditions for this bonus include the prerequisite that a non-national European production is released on at least two platforms, including in the cinemas, and that this release is simultaneous or staggered (with a maximum interval of two weeks).

According to the guidelines, “for exhibitors who meet the above conditions and show a film for two consecutive weeks, each screening will count twice for calculating the cinema’s percentage of non-national European screenings and the corresponding support.”

The Europa Cinemas’ main support for the members of its network is awarded in increments ranging from €15,000 for one screen to €45,000 for 15 screens or more, with 80% of that support being granted for a programme of predominantly non-national European films.

In addition, Europa Cinemas offers three bonuses which can be awarded in addition to the main support:

Speaking to ScreenDaily, Jan Runge, CEO of the International Union of Cinemas (UNIC), said that, while his organisation endorsed “the broad underlying objectives” of the Europa Cinemas network, “we find it simply unacceptable for the Commission to seek to intervene in the market through the new bonus scheme which forms part of the Europa Cinemas’ 2015 guidelines.”

“The results of the Commission’s Day-and-Date experiments over the past years around a number of niche films were anything but conclusive,” said Runge who is one of the speakers at a panel on Cinema Exhibition at the European Film Forum in Sarajevo today (Aug 20) with representatives from the Commission and Europa Cinemas.

“So, it seems very strange to us that the ill-conceived idea of simultaneous releases now became a permanent part of the wider Europa Cinemas programme, even if it appears to only amount to a fairly small new element of support. We doubt that such mainstreaming of un-evidenced policy is in line with the Commission’s own notions of Better Regulation.”

Runge added that “it surely comes as no surprise that UNIC members firmly believe that exclusive and sustainable film releases in cinemas are the best way to ensure a title’s success across the entire film value chain, including VOD. This also applies to the promotion of non-national European films.”

Germany’s cinema owners’ association Hauptverband deutscher Filmtheater (HDF) observed that, “with the introduction of a bonus system, there is now an attempt to create a reduction in the windows via the cinemas themselves through the Europa Cinemas network. Money is being deployed as bait. Apparently, the promotion of European cultural diversity is no longer sufficient as an argument by itself.”

The European Commission’s persistent championing of VOD had also come under criticism from UNIC’s President Phil Clapp in his keynote speech at the Cineeurope conference in Barcelona in June.

“Their desire to ensure the online availability of the many specialised local films within all European Member states ignores the reality of varying consumer tastes across borders, and, of course, the crucial importance of the cinema release to the performance of most VOD releases,” Clapp argued.

“Any strategy which - whatever its stated intentions - serves primarily to lower perceptions of value amongst our customers cannot be in the best cultural, creative or economic interests of our sector,” he said, suggesting that “all of this provides ample evidence of the extent to which the European Commission continues to misunderstand or ignore many of the commercial realities of our business.”