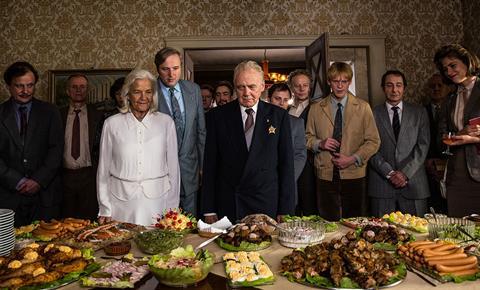 Munich-based sales agent Beta Cinema has fleshed out its slate ahead of next month’s European Film Market in Berlin (Feb 9-17).

In Times Of Fading Light

Set in East-Berlin in 1989, the film is based on Eugen Ruge’s novel (which was translated into 23 languages) about an aging resistance fighter who celebrates his 90th birthday with his friends and family.

Also playing in Berlinale Special and now acquired by Beta is Julius Ševcík’s A Prominent Patient. Set in the build up to the Second World War, the film tells the true story of Jan Masaryk, a prominent diplomat and the son of the founder of Czechoslovakia who finds himself fleeing to the US after the invasion of his homeland.

The film was recently nominated for 14 Czech Lion Awards (the country’s primary awards ceremony), securing nods in every eligible category aside from best actress, making it the most-nominated film at this year’s event.

The film will have its world premiere in Berlin’s competition, following in the footsteps of last year’s Golden Bear-winning migrant documentary Fire At Sea by Italian filmmaker Gianfranco Rosi.