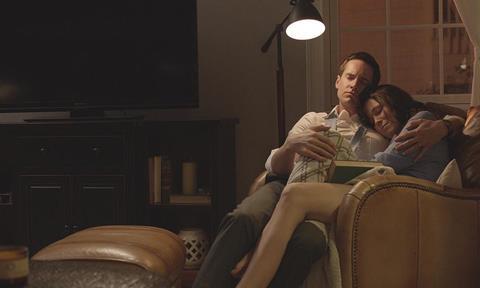 Cinema Management Group (CMG) holds all rights excluding North America to the Argentum Entertainment title about a man and his childhood sweetheart whose future is threatened by an unexpected event.

New Life marks the debut feature on the Argentum Entertainment slate for principals Bethea and Waters, who both produced.

“New Life is more than a film,” said Waters. “It was made to inspire others to celebrate the beautiful moments in their own lives and create those moments for others. More than anything, New Life is a chance to rekindle hope, wherever all of life takes you.”

CMG president Edward Noeltner added: “We are delighted to bring such an uplifting film like New Life to international audiences.”

In partnership with MudLOVE, New Life will help bring clean water to the Central African Republic. Every New Life bracelet sold covers the cost of a week’s supply of clean water for one person. Each bracelet sold also adds to an adoption grant through Steven Curtis Chapman’s Show Hope foundation.

The CMG slate includes 3D CGI animation Ainbo, horror thriller The School, ongoing sales on Loving Vincent, as well as The Little Vampire 3D scheduled for worldwide release over Halloween, and An Act Of Defiance.