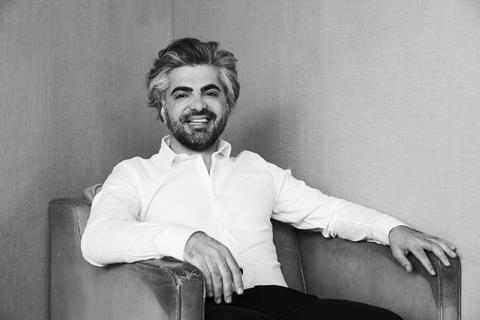 Director of ‘The Cave’ Feras Fayyad

Feras Fayyad, the Syrian filmmaker who lives in exile in Denmark, is reapplying for a US entry visa to support his Oscar-nominated film The Cave after recently undergoing what his producer described as “quite the ordeal.”

Fayyad, who earned an Oscar nomination for Last Men In Aleppo in 2018, missed the TCA television critics tour in Los Angeles last week. He is currently in Copenhagen with his producer after an unpleasant encounter with immigration authorities that occurred when he was returning from a visit to Turkey.

On Friday (January 17) Sigrid Dyekjær, a producer at Danish Documentary Production, issued the following statement from the TCA, where his friend was scheduled to attend the Nat Geo session in support of The Cave. The documentary chronicles the work of a 30-year-old female paediatrician who runs an underground hospital in the besieged Syrian city of Ghouta. Nat Geo backed the film.

Fayyad has been imprisoned in Syria and denied entry visas to the US before.

“We were hoping that Feras Fayyad could be here with us today,” wrote Dyekjær

As has been widely reported, in December Feras was denied an extended U.S. visa by the U.S. Embassy in Copenhagen and has missed several industry events, including the IDA Awards and Cinema Eye Awards.

He has had quite the ordeal these past weeks.

While waiting on the U.S. Embassy in Copenhagen to grant him another appointment, Feras received news that his aunt’s house was bombed and his parents’ and childhood home was in the line of fire in Syria.

As the oldest of 10, he feels a great responsibility for his siblings and his parents. So, instead of continuing to wait on the embassy, Feras went to Turkey to be as close to his family as possible and help in any way he could.

He remained in Turkey until two days ago, when we had positive indications the embassy was willing to revisit his case.

Feeling his family is out of immediate danger for now, Feras decided to return to Denmark.

However, things escalated two nights ago when I got a phone call at 12.30 a.m. Feras had been detained on his way into Copenhagen by immigration police.

I rushed to the airport. Feras told me the police used unnecessary force in detaining him. The past month has been a lot for a man who has been imprisoned and tortured in Syria, and whose family is under threat and has siblings spread all over Europe.

Feras was distraught, exhausted and felt discriminated against. The police eventually released him into my care.

After this ordeal and given there was no way to get here by today, Feras is instead spending the weekend with his 5-year-old daughter – who hasn’t seen him in over six weeks.

Our next step is to go back to the embassy early next week and try again for the necessary visa so he can come to the U.S.

National Geographic has been communicating with the U.S. State Department, and we have had an overwhelming show of support from the documentary community and entertainment industry at large, including:

The Academy of Motion Pictures, Arts and Sciences

The Director’s Guild of America

The Minister for Culture of Denmark

The association of Danish Film Directors

Feras is a filmmaker, but first and foremost he’s a Syrian. THE CAVE is a very personal film. It is dedicated to his seven sisters. To his daughter. To the unnamed women he witnessed being jailed and tortured in Syrian prisons because they’re women.

His voice is important and it deserves to be heard, now more than ever. After all, we are talking about a brilliant filmmaker who is now a two-time Academy Award nominee — and my dear friend.

Feras — and all of us — thank you all for your continued support.”