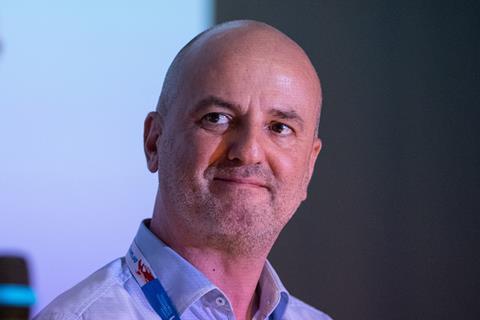 Roberto Olla, executive director of Strasbourg-based Council of Europe film fund Eurimages, has revealed the thinking behind the proposed changes in governance to the fund, which were approved earlier this week and announced yesterday (September 10).

The changes come in the wake of an external evaluation of Eurimages conducted by Ernst & Young in 2018. Under the reforms, Olla is promising greater expertise and efficiency in Eurimages’ decision-making processes.

“The latest report was not only on performance. It was also on governance,” Olla explained. “Eurimages has grown in terms of membership and the number of projects has increased not only because of the membership but because co-productions are more and more the standard form for putting together a certain type of film.”

The Fund now has 41 members, up from the 12 or so members in the early years. With so many members, the logistics of coming to funding decisions was becoming ever more daunting.

“We were basically victims of our own expansion,” said Olla. ”The rules of the game conceived for 12 countries were clearly not efficient anymore for 41.”

The aim now is to establish an executive committee to take rapid decisions on day-to-day management and a board of management responsible for defining the fund’s policy and adopting operating rules. Meanwhile, independent external experts will be entrusted with deciding which films Eurimages will support.

“By doing this, the fund can have a longer-term vision of where we want to go. The board will define the policy and the day-to-day decisions will be taken by the external experts.”

Olla explained how these experts will be appointed.

“Experts will be people from the industry. Each group will contain five experts. Out of the five, three must be producers, writer-directors, and distributors or [from] sales. The other two can be editors, directors of photography, or other professionals.”

The experts will be remunerated. There will be a call for “expression of interest” from potential experts, and their names will then be entered into a database. They will then be chosen according to factors including competence, geographical region, and gender diversity.

“It is going to be a computer algorithm that will define the competition,” Olla said.

The leaner, streamlined expert groups should be able to make quicker, better and fairer funding decisions than the representatives of the 41 member states. Even when the 41 were split into working groups, Olla said, meetings were “so complex and long they were making the whole process too slow and complicated”.

“The idea is to make it clearer what the fund is looking for,” the Eurimages boss added. “We hope to maintain the same quality of decision-making in terms of the mix between established and first and second-time directors; to pay attention to gender balance and to try to correct the gender imbalance.”

Eurimages has also had to make changes to its regulations to carry on working efficiently during the Covid-19 lockdown.

The next meeting, due for October, will also be held online. The fund has also allowed those filmmakers awarded money to have 24 months, rather than the current 12 months, to draw down the financing and start shooting.

The Eurimages boss expressed his confidence that member states will still be able to meet their membership costs in spite of the financial squeeze many now face in the wake of the pandemic. Subscriptions are calculated on a sliding scale through a complex system involving GDP, population and volume of co-production. Therefore, those who benefit the most from the fund also pay the most.

“The more you are successful in getting Eurimages projects supported, the more you have to pay. And if you pay more, it means somebody else is going to pay less.”

Eurimages hasn’t received any new overtures from the UK, which remains outside the organisation. “I suppose the BFI must have been extremely busy, just like any other fund, to make sure they could keep business as usual and to support the producers [during the pandemic], the film industry [in the UK]. I would be surprised if they were thinking of expanding or [new] co-operation.”

The fund is involved in many films screening in the autumn festivals, including Venice titles Nowhere Special, Quo Vadis, Aida?, and The Man Who Sold His Skin.