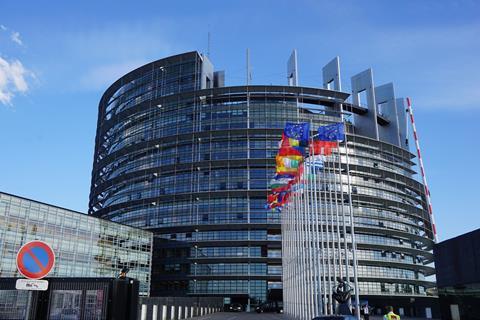 The Lux Prize is being rebranded and transformed into an audience award under a new joint venture between the European Parliament and the European Film Academy (EFA).

The changes were unveiled at a special event during the Venice Film Festival on Saturday (September 5).

Under the revamp, the Lux prize has merged with the EFA’s People’s Choice Award to become the Lux European Audience Film Award. It will be presented jointly by the European Parliament and the EFA, in partnership with the European Commission and exhibitor organisation Europa Cinemas.

The Lux prize was originally spearheaded by the European Parliament in 2007 to celebrate and promote European cinema.

Past winners of the Lux Film Prize have included North Macedonian director Teona Strugar Mitevska’s drama God Exists, Her Name Is Petrunya in 2019, Benedikt Erlingsson’s Woman At War in 2018 and Deniz Gamze Ergüven’s Mustang in 2015.

Up until now it has been voted on only by MEPs, with special screenings taking place in cinemas in the French city of Strasbourg, where the parliament is headquartered. Under the revamp, voting will be extended to spectators across the European Union.

“Lux filmography has emotionally echoed our political work on environment, migration, fighting poverty and inequalities as well as on democracy and pluralism. Now we will continue this work with strong and amazing partners and take the award a step further,” said German MEP Sabine Verheyen, chair of the parliament’s culture and education committee.

The European Parliament traditionally unveils the finalists for the award during the Venice Film Festival but under a new timetable the three finalists will be announced during the European Film Awards ceremony in Reykjavik, Iceland, on December 12 this year.

The nominated films will be subtitled in the 24 official languages of the European Union and then screen across Europe from December 2020 to April 2021. The public will have the chance to cast their votes and rank the nominated films giving them one to five stars. The audience and the MEPs will each have 50% of the vote.

The winner will be announced during a European Parliament plenary session on April 28, 2021.

This year’s finalists will be selected by a panel of film industry professionals, who were selected by the parliament’s committee on culture and education in June.

They comprise 2019 winner Mitevska; Fatima Djoumer, head of international relations at Europa Cinemas; and Dutch talent agent Vanessa Henneman, who is also a lawyer specialising in IP and copyright and EFA board member.

Maria Silvia Gatta, a policy officer at the European Commission, will serve as an observer. EFA chairman Mike Downey will be the honorary president of the Lux jury.