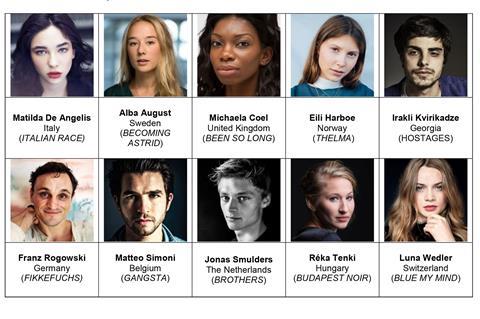 European Film Promotion (EFP) has revealed the 10 young actors it has selected for the 2018 edition of European Shooting Stars, which highlights up-and-coming talent from the region.

The list includes British award-winning actress, playwright, screenwriter and poet Michaela Coel. She is best known for her BAFTA-winning hit-series Chewing Gum, and was named a Screen Star Of Tomorrow this year.

Other actors on the list include Eili Harboe, who stars in the Norwegian festival hit Thelma, and Italian actress Matilda De Angelis, nominated for two David di Donatello awards for Italian Race.

The actors will be presented to the film industry, public and international press at next year’s Berlin International Film Festival (Feb 15 - 25, 2018).

The full line up: