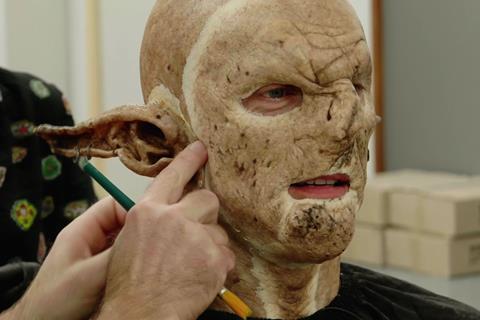 ‘There’s A Hole In My Bucket’

London based sales and distribution outfit Evolutionary Films has closed a North American deal for its feature documentary There’s A Hole In My Bucket with Virgil Films, which will release the film day and date in early 2020.

The documentary follows the journey around the world taken by Royd Tolkien – great-grandson of The Lord Of The Rings author JRR Tolkien – to fulfil a bucket list of tasks left to him by his brother Michael, who died of motor-neurone disease. The film includes appearances from Peter Jackson, Billy Boyd and John Rhys-Davies.

Another of Evolutionary’s feature documentaries – Written By Mrs Bach: Broken Silence which asks if legendary composer Bach’s second wife could have written some of his best-known compositions – has been taken for all English-speaking territories by Indie Rights, along with two British urban dramas, Acceptable Damage and Small Town Hero.

Evolutionary has also sold its genre titles The Tokoloshe, Crypsis and The Mercenary to Uncork’d Entertainment in North America.