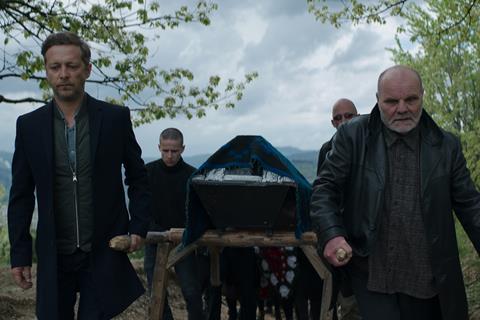 The story revolves around a Hungarian obstetrician and soon-to-be father, who returns to his native village in Romania to face the son he abandoned 17 years ago. The project was backed by the Hungarian National Film Fund, which is also handling international sales.

The Hungarian Film Academy’s jury, chaired by the composer, theatre and festival director István Márta, handed out 20 awards in total.

Péter Varsics received the best first feature director award for his romantic dramedy Perfect As You Are which opened the festival last Wednesday, while Eszter Petrovics took home the prize for best full-length documentary for Our Kodály, and director Dénes Nagy won best screenplay for his Silver Bear winner Natural Light.

The most awards went to Hungarian horror film Post Mortem by Péter Bergendy, which was won for cinematography, editing, visual design and make-up.

Attendees at the festival gave the audience award to László Béres’ short The Taxi Driver.

A total of 89 films were screened during the festival, which took place in Veszprém, Balatonfüred and Balatonalmádi across the country’s Lake Balaton region. HMPF is the successor to the long-running Hungarian Film Week, which ran for nearly 50 years before being cancelled in 2013 due to the dramatic slowing of local production at the time.