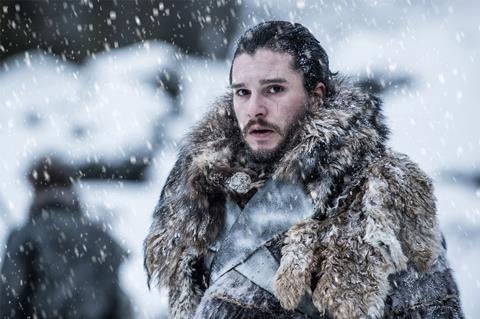 The pirating of audiovisual content dipped in France in 2017 but still cost the country $1.33b (€1.18b) in lost tax revenue and industry earnings, according to a new study by the French subsidiary of global consultancy and accounting group EY (formally known as Ernst & Young).

“Even though the illegal consumption of audiovisual content is falling, the loss in earnings, remains significant, particularly for the state,” commented EY associate Bruno Perrin, who led the research.

The study, released June 28, is the second time EY has examined the extent and impact of audiovisual piracy in France. It was conducted in partnership with French anti-piracy association ALPA and was based on research by Paris-based audience measurement company Médiamétrie into the pirating practices and content consumption habits of some 3,000 confirmed content pirates. These were defined as individuals who had illegally downloaded content in the previous 12 months.

While the closure of a number illegal direct download DDL and streaming sites in 2017 – such as zone.telechargement - had helped crack down on peer-to-peer (P2P) piracy, other forms of illegal access to pirate content were growing in popularity, the study revealed.  IPTV piracy, using devices such as the KODI box, for example, had doubled over the past year even though its take up was still relatively low in France, in comparison with territories such as the US and the UK.

The study found feature films remained the most popular type of content for pirates, with 94% of those questioned saying they had illegally downloaded a feature, 54% of which were US films. French films were also popular. The research revealed that in March, April, May and November of 2017, French films had been the most pirated content with Ma famille T’ Adore Déjà, Papa Ou Maman 2, Raid Dingue and Valérian And The City Of A Thousand Planets among the top pirated titles.

By genre, the most popular categories with pirates were comedy (18%), action (15%), fantasy (13%) and animation (11%). Other popular content included premium series and sports, although both formats were less pirated than in 2016.

“We see a significant drop in the pirating of series which is not without a link to the boom in SVoD platforms,” said the report.

“This points to the importance the pirates attach to having immediate access to works,” said the report.

SVoD a key tool in the fight against piracy

The study suggested another key factor in the recent dip in piracy had been the “explosion in the SVoD offering” in France, with Netflix leading the charge.

“Netflix has managed to reel in pirate consumers who weren’t signed up for a legal offering before. In 2017, there were 20% more pirate consumers paying for a Netflix subscription than the year before,” said the study.

In addition to this figure, the study revealed the number of pirate consumers without a subscription to at least one legal service had fallen by 30% over the past year to less than 50% of the pirate consumer pool.

How to fight piracy

The study set forth a number of initiatives to  help combat piracy including getting internet service providers and search engines to crack down on piracy activities on their platforms, as well as clamping down on companies that advertise on illegal sites and those which sell hardware, such as KOBI boxes, giving access to pirated content.

It also suggested more needed  to be done to educate the public about the cyber-crime risks of accessing illegal content and as well as raise awareness about the downsides and poor ethics of piracy among youngsters and their parents. EY said the onus was also on the content industry to make available a reasonably-priced and easily accessible legal offering.

“Amid the explosion in exclusive and legal content, the access to content can seem prohibitive and complex for enthusiasts who then instead veer towards illegal offers and cancel their subscriptions,” read the report. It warned the fragmentation of the sports rights market in the territory, forcing sports fans to sign-up for several different platforms could encourage consumers to explore illegal platforms.

UK held up as a pioneer in fight against piracy

The report also featured a case study on the UK as a “pioneer in the struggle against piracy”. It heaped praise on initiatives such as the Alliance for Intellectual Property and its cooperation with search engines  such as Google and Bing to suppress links to illegal sites; as well as awareness campaigns such as  MomentsWorthPayingFor and the 2015 Operation Jasper, aimed at taking illegal content off social media sites. “In France, similar campaigns around authors rights and “the evils” of piracy have not really seen the light of day,” read the report.