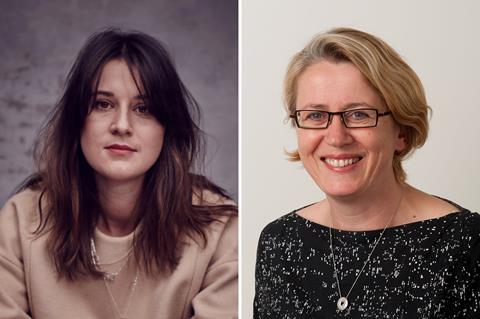 Film4 has revealed several changes to its core team, including the promotion of Sue Bruce-Smith to deputy director of Film4 and the arrival of producer Lauren Dark as commissioning executive.

In addition, finance manager Suby McCarthy is joining the organisation’s management team and Nicky Earnshaw will serve as acting head of physical production.

The staff moves follow a handful of departures in the last 12 months, including Rose Garnett, Geraldine Atlee, Eva Yates and Tracey Josephs.

Bruce-Smith joined the department 13 years ago as commercial and distribution manager, before moving into her current role as head of commercial and brand strategy. Her new role will involve increased commercial, strategic and management responsibilities.

Director of Film4 Daniel Battsek commented: “Sue has been so intrinsic to so much of what Film4 does for many years now and a tremendous support to me personally. I’m delighted to recognize this part of Sue’s role formally, and have every confidence in her ability to take on more responsibility for shaping Film4’s future direction. The other promotions are in recognition of the significant contributions each individual has made to Film4’s business and the importance of their specific roles. These internal changes along with Lauren’s arrival will boost the team, to ensure Film4 is moving forward with the requisite purpose and energy across all our projects and with all our partners in the months and years ahead.”

Film4’s head of creative Ollie Madden added: “I’m absolutely thrilled Lauren is joining us at Film4. From Shallow Grave, Hunger and The Imposter to the more recent Beast and I Am Not a Witch, debuts will always be a fundamental cornerstone of our slate, and we are more committed than ever to backing exciting and distinctive talent making their first features. Lauren has a depth of experience both as a producer and more recently as an executive, and is widely liked and respected in the industry. I know she will make an excellent addition to our creative team.”

Carias joined Film4 in August this year from eOne Features where she was head of legal and business Affairs, and following Geraldine Atlee’s departure to BBC Films is now confirmed to the role.