Film4, BBC and Amazon execs join board of the UK’s National Film and Television School 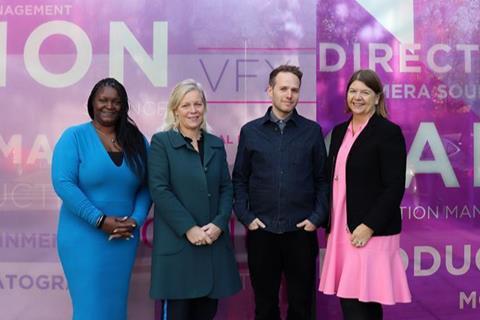 Director of Film4 Ollie Madden, the BBC’s chief content officer Charlotte Moore and Amazon Studios’ head of diversity and inclusion Miranda Wayland have joined the board of the UK’s National Film and Television School (NFTS) as it seeks to tackle the skills gap.

They will oversee the development of a corporate plan for 2023, chaired by former chief executive officer of Endemol Shine Group Sophie Turner Laing. She became chair of the board in September, succeeding Patrick McKenna.

Madden said: “There has never been a more urgent need for what the NFTS excels at: producing the most gifted and highly skilled graduates from all backgrounds, across the UK.”

Moore said the NFTS is a “world leader when it comes to developing creative talent - it has produced some of the most gifted filmmakers in the business and provides a vital pipeline for the UK’s creative industries”.

Wayland added: “NFTS has an exceptional track record for excellence and developing some of the industry’s best creative talent and I’m looking forward to sharing my knowledge and expertise to continue to help to drive greater inclusion for historically excluded under-represented groups.”

In September, the school partnered with Disney to launch a £150,000 short film incubator programme for writers and directors from underrepresented backgrounds with a 10-month scheme.

A version of this story originally appeared on Screen’s sister site, Broadcast.