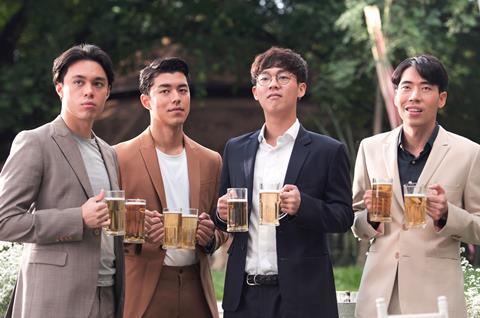 Thailand’s GDH 559 has closed a raft of territory deals for its latest box-office hit Friend Zone, which Maoyan Entertainment has acquired for China, Edko Films for Hong Kong and Macau, and Westec Media for Cambodia.

It’s the company’s third film in a row heading for China. Bad Genius, which sold to Hengye Pictures, became a surprise hit in 2017 with $45m at the Chinese box office, while Brother Of The Year, which Huayi Brothers bought, opened on March 15.

The new sales come after earlier unannounced deals for the following territories which have since opened the film following the Thai release on February 14: MVP M Pictures for Laos, Colourful Garden for Myanmar, Vie Vision Pictures for Taiwan, GSC for Vietnam, PT Inter-Solusindo Film for Indonesia, Golden Village Pictures for Singapore, and Suraya Filem Production for Malaysia, Brunei and the Philippines.

Friend Zone is the top local film at the Thai box office so far in 2019. Directed by Suckseed’s Chayanop Boonprakob, the romantic comedy is about a man who, after 10 years of friendship with his best female friend, wants to become her lover.