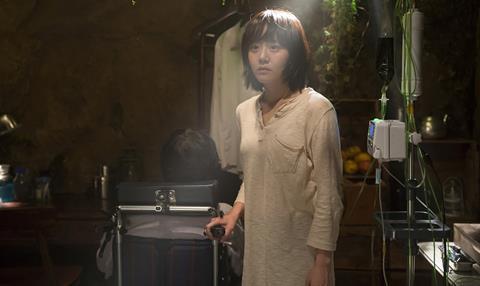 Glass Garden [pictured] tells the story of a bioenergetics researcher who can communicate with trees and retreats into the forest following a romantic disappointment. Moon Geun-young (A Tale Of Two Sisters) plays the researcher, while Kim Tae-hoon (The Man From Nowhere) plays an author who is inspired to write a novel about her.

Shin’s Pluto premiered at Berlin in Generation 14 plus in 2013, while another of her films Madonna premiered at Cannes in 2015.

Currently in post-production, the film is produced by Peppermint & Company, which has credits including I Saw The Devil and New World. Ji Hyun Woo, Oh Man Seok and Lee Eun Woo head the cast.