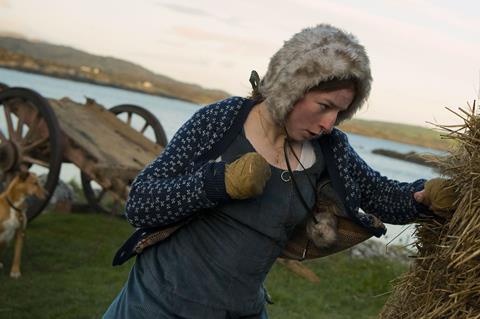 WestEnd Films is launching world sales at the AFM on boxing drama Float Like a Butterfly from Irish writer-director Carmel Winters (Snap).

In the movie, Irish Traveller Francis has to fight for the right to pursue her passion…boxing.

She is determined to make her idol Muhammad Ali proud, as well as her father who has recently been released from prison. But when she wants to show him just how tough she is, she soon comes to realise he’s got other plans for her.

The film is produced by Martina Niland (Sing Street) and David Collins (A Dark Song), and co-produced by Cathleen Dore (Viva).

The film is executive produced by Lesley McKimm for The Irish Film Board, which financed the film in association with the Broadcasting Authority of Ireland and RTÉ Television. Crew members include editor Julian Ulrichs (Sing Street) and DoP Michael Lavelle.

Director Carmel Winters said: “Even more so since his death, Muhammad Ali remains a powerful and timeless symbol of the Champion of the Underdog. It feels timely that now on our screens we will see a young Irish Traveller girl, Francis, take on the mantle of his legacy with her own gut-wrenching and ultimately jubilant story.”

The film, which will sit under WestEnd’s ‘female audience brand’ WeLove, has recently finished shooting in Ireland, and is now in post-production.