Focus has stolen headlines with its acquisition of PT Anderson’s latest, while buyers are circling Jackie. 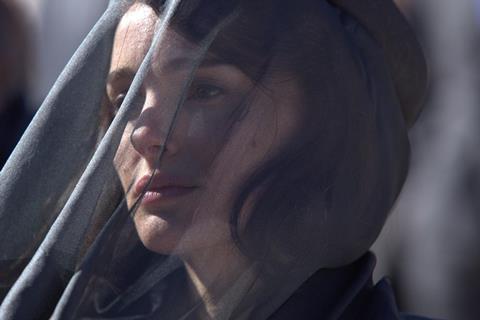 CAA brokered that deal and was also fielding intense early interest on Jackie, Pablo Larrain’s Venice critical darling that may trigger a US deal after the North American premiere in Toronto on Sunday.

The second major pre-buy came on Friday when Lionsgate closed a deal with WME Global and Good Universe on Kin.

No Trace Camping will finance the action thriller to star James Franco and Jack Reynor and Lionsgate is understood to have paid in the upper $20m range for its Summit Entertainment label.

There are more packages floating about – CAA is touting Rebel In The Rye, while WME Global represents Johnny Depp starrer Labyrinth with UTA and Good Universe, as well as Goon: The Last Enforcer with Bloom.

The question is, will the generally smaller festival films spark a frenzy of activity this weekend?

On Friday night it emerged that Roadside Attractions was closing a North American deal for Venice premiere Through The Wall that was expected to finalise on Saturday morning.

Saturday brings first looks for Liev Schreiber and Naomi Watts in The Bleeder, The Limehouse Golem based on Jane Goldman’s adapted screenplay, and All I See Is You starring Blake Lively, fresh from US summer box office hit The Shallows.

The industry will also get the chance to assess the awards prospects of Lion, The Weinstein Company’s great hope for the season.