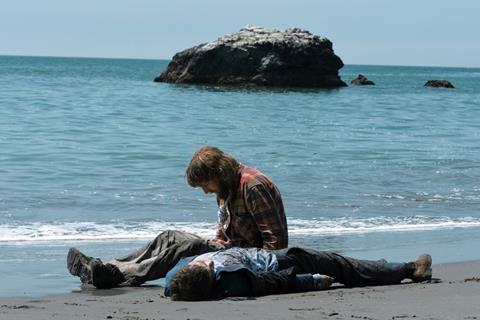 Middle East distributor Front Row Filmed Entertainment has announced the acquisition of 24 titles from last month’s Cannes Marche, including Oscar-nominated Denis Gamze Erguven’s Kings, which stars Halle Berry and was one of the most buzzed about projects of the market.

It was among a trio of titles acquired with Beirut-based Teleview International from Wild Bunch offshoot Insiders, alongside David Robert Mitchell LA-set crime thriller Under The Silver Lake, starring Dakota Johnson and Andrew Garfield; and Lynne Ramsay’s You Were Never Really Here, starring Joaquin Phoenix as a war veteran who tries to save women trapped in the world of sex trafficking.

Other deals out of the US, included animated feature Seal Team from Cinema Management Group; war drama The Fixer, starring Melissa Leo and James Franco, from Mongrel International; and upcoming fairytale trilogy A Mermaid’s Tale, My Unicorn andPony With A Broken Wing from Jamie R Thompson’s Lighthouse Pictures.

Front Row also picked up Wigwam Films’ Farsi-language horror sensation Under The Shadow, directed by Babak Anvari, from XYZ Films. It will release the title theatrically and on VOD before its worldwide release on Netflix.

Gianluca Chakra, managing Partner at Front Row Filmed Entertainment, said the strategy was in keeping with the company’s efforts to keep up with changing viewing habits in the region.

“While continuing to focus on theatrical titles, we also need to observe the way the business of film is quickly shifting,” he said. “Other than Netflix and StarzPlay, SVOD platforms are mushrooming in the region.”

Hisham Al Ghanim, a partner at Front Row and general manager of KNCC, said that aside from their Cannes acquisitions, they continued to work with Arabic film-makers.

“We’re finalizing more titles for our Arabic and local division with key Arab producers,” he said.

“We need to encourage the Arabic film industry as a whole and build a sustainable model for it to survive.”

Launched in 2003, Front Row is a leading independent film distributor in the Middle East and North Africa, based in Dubai with offices in Kuwait and Lebanon.